Mood, pleasure, pain, and other mental states are determined by particular groups of neurons in the brain that use special sets of neurotransmitters and neuromodulators. Mood, for example, is strongly influenced by the neurotransmitter serotonin. Many researchers think that depression results from a shortage of serotonin. Prozac, the worlds bestselling antidepressant, inhibits the reabsorption of serotonin, thus increasing the amount in the synapse (figure 4). 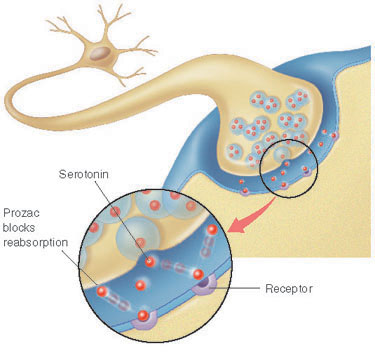 Figure 4 Drugs alter transmission of impulses across the synapse.

Depression can result from a shortage of the neurotransmitter serotonin. The antidepressant drug Prozac works by blocking reabsorption of serotonin in the synapse, making up for the shortage.

When a cell of the body is exposed to a chemical signal for a prolonged period, it tends to lose its ability to respond to the stimulus with its original intensity. (You are familiar with this loss of sensitivitywhen you sit in a chair, how long are you aware of the chair?) Nerve cells are particularly prone to this loss of sensitivity. If receptor proteins within synapses are exposed to high levels of neurotransmitter molecules for prolonged periods, that nerve cell often responds by inserting fewer receptor proteins into the membrane. This feedback is a normal part of the functioning of all neurons, a simple mechanism that has evolved to make the cell more efficient by adjusting the number of tools (receptor proteins) in the membrane workshop to suit the workload.

Cocaine. The drug cocaine is a neuromodulator that causes abnormally large amounts of neurotransmitters to remain in the synapses for long periods of time. Cocaine affects nerve cells in the brains pleasure pathways (the so-called limbic system). These cells transmit pleasure messages using the neurotransmitter dopamine. Using radioactively labeled cocaine molecules, investigators found that cocaine binds tightly to the transporter proteins in the gaps between nerves. These proteins normally remove the neurotransmitter dopamine after it has acted. Like a game of musical chairs in which all the chairs become occupied, there are no unoccupied carrier proteins available to the dopamine molecules, so the dopamine stays in the gap, firing the receptors again and again. As new signals arrive, more and more dopamine is added, firing the pleasure pathway more and more often.

When receptor proteins on limbic system nerve cells are exposed to high levels of dopamine neurotransmitter molecules for prolonged periods of time, the nerve cells turn down the volume of the signal by lowering the number of receptor proteins on their surfaces. They respond to the greater number of neurotransmitter molecules by simply reducing the number of targets available for these molecules to hit. The cocaine user is now addicted (figure 5). Addiction occurs when chronic exposure to a drug induces the nervous system to adapt physiologically. With so few receptors, the user needs the drug to maintain even normal levels of limbic activity.

Investigators attempting to explore the habit-forming nature of smoking cigarettes used what had been learned about cocaine to carry out what seems a reasonable experimentthey introduced radioactively labeled nicotine from tobacco into the brain and looked to see what sort of carrier protein it attached itself to. To their great surprise, the nicotine ignored proteins in the between-cell gaps and instead bound directly to a specific receptor on the receiving nerve cell surface! This was totally unexpected, as nicotine does not normally occur in the brainwhy should it have a receptor there?

Intensive research followed, and researchers soon learned that the nicotine receptors normally served to bind the neurotransmitter acetylcholine. It was just an accident of nature that nicotine, an obscure chemical from a tobacco plant, was also able to bind to them. What, then, is the normal function of these receptors? The target of considerable research, these receptors turned out to be one of the brains most important tools. The brain uses them to coordinate the activities of many other kinds of receptors, acting to fine-tune the sensitivity of a wide variety of behaviors.

When neurobiologists compare the limbic system nerve cells of smokers to those of nonsmokers, they find changes in both the number of nicotine receptors and in the levels of RNA used to make the receptors. They have found that the brain adjusts to prolonged exposure to nicotine by turning down the volume in two ways: (1) by making fewer receptor proteins to which nicotine can bind; and (2) by altering the pattern of activation of the nicotine receptors (that is, their sensitivity to neurotransmitters).

It is this second adjustment that is responsible for the profound effect smoking has on the brains activities. By overriding the normal system used by the brain to coordinate its many activities, nicotine alters the pattern of release into gaps between nerve cells of many neurotransmitters, including acetylcholine, dopamine, serotonin, and many others. As a result, changes in level of activity occur in a wide variety of nerve pathways within the brain.

Addiction to nicotine occurs because the brain compensates for the many changes nicotine induces by making other changes. Adjustments are made to the numbers and sensitivities of many kinds of receptors within the brain, restoring an appropriate balance of activity.

Now what happens if you stop smoking? Everything is out of whack! The newly coordinated system requires nicotine to achieve an appropriate balance of nerve pathway activities. This is addiction in any sensible use of the term. The bodys physiological response is profound and unavoidable. There is no way to prevent addiction to nicotine with willpower, any more than willpower can stop a bullet when playing Russian roulette with a loaded gun. If you smoke cigarettes for a prolonged period, you will become addicted.

What do you do if you are addicted to smoking cigarettes and you want to stop? When use of an addictive drug like nicotine is stopped, the level of signaling changes to levels far from normal. If the drug is not reintroduced, the altered level of signaling eventually induces the nerve cells to once again make compensatory changes that restore an appropriate balance of activities within the brain. Over time, receptor numbers, their sensitivity, and patterns of release of neurotransmitters all revert to normal, once again producing normal levels of signaling along the pathways. There is no way to avoid the down side of addiction. The pleasure pathways will not function at normal levels until the number of receptors on the affected nerve cells has time to readjust.

Many people attempt to quit smoking by using patches containing nicotine; the idea is that by providing gradually smaller doses of nicotine, the smoker can be weaned of his or her craving for cigarettes. The patches do reduce the craving for cigarettesas long as you keep using the patches! Actually, using such patches simply substitutes one (admittedly less dangerous) nicotine source for another. If you are going to quit smoking, there is no way to avoid the necessity of eliminating the drug to which you are addicted. Hard as it is to hear the bad news, there is no easy way out. The only way to quit is to quit.

Cigarette smokers find it difficult to quit because they have become addicted to nicotine, a powerful neuromodulator.