SETI (the Search for Extra-Terrestrial Intelligence) has a new lease on life – and a Goldilocks planet to listen at. 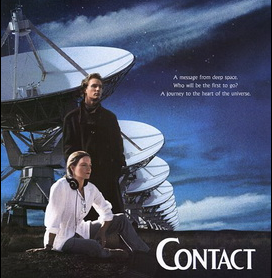 Eighteen years ago this month, the film CONTACT was released, exploring the possibility of contact with life on other stars. The central idea of the film was to listen: Radio signals can travel through space, and those reaching earth might carry signals from other civilizations living on planets orbiting distant stars. While the film was fiction (based on a thoughtful book by astronomer Carl Sagan), the search was — and is — not.

The Search for Extraterrestrial Intelligence, or SETI, was originated in 1960 by the then-young astronomer Frank Drake. He was working at the new Green Bank 26-meter radio observatory dish in West Virginia, and was able to beg 150 hours of observation time from its (I-suspect-amused) director to point the telescope at two nearby stars, Tau Ceti and Epsilon Eridani, and scan for radio signals. He didn’t hear any, but it was the birth of a search that is ongoing, and that this week gained a huge new push. 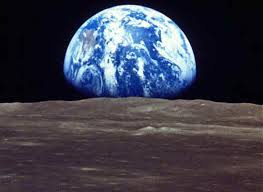 But before leaping to this exciting development, it is worth taking a moment to look back. Drake was not the first to speculate about life elsewhere. In the nineteenth century it was commonly speculated that life might exist on the moon.  In 1865 the French novelist Jules Verne described moon men in From Earth to the Moon.  We now know that life never evolved there.  Life did, however, reach the moon in 1969.  The planet from which life came can be seen in the photograph to the left, rising above the distant hills in the moon’s twilight.

How about life elsewhere in our solar system? Ever since the erroneous reports of canals on Mars by nineteenth century astronomers, it has been speculated that life in some form might 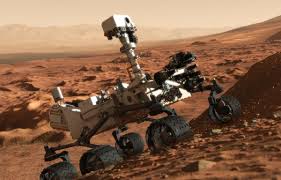 exist there. In the mid-1970s the first of many space probes landed on the martian surface to explore for life. Extensive tests were done on soil samples, but no evidence of life was found. Nor has any direct evidence of life been found by the trusty little rovers NASA has had sniffing around the martian landscape in recent years.  Like the teasing suggestion of watery seas, all we have are insubstantial hints.

Nor is Mars the only place in our solar system with conditions that might foster the evolution of life.  Europa, a large moon of Jupiter, is a far more promising candidate. Europa is covered with ice, and photos taken in close orbit in the winter of 1998, like the one shown here, reveal seas of liquid water beneath a thin skin of ice. 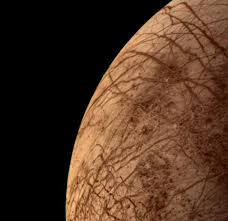 Additional satellite photos taken in 1999 suggest that a few miles under the ice lies a liquid ocean of water larger than earth’s, warmed by the push and pull of the gravitational attraction of Jupiter’s many large satellite moons. The conditions on Europa now are far less hostile to life than the conditions that existed in the oceans of the primitive earth. In coming decades, satellite missions are scheduled to explore this ocean for life.

Might life exist on other solar systems in distant galaxies?  The nearest galaxy to ours is a spiral galaxy called Andromeda.  It contains millions of stars, many of them resembling our own sun. The universe contains over 200 billion such galaxies, with 1020 (100,000,000,000,000,000,000) stars similar to our sun.  We don’t know how many of these stars have planets, but it seems increasingly likely that many do.  The first was discovered in 1995 orbiting the star 51 Pegasi, about 50 light-years from earth. Its discovery ignited a storm of discovery that is still growing. Since the launch of NASA’s Kepler planet-hunting spacecraft in 2009, 4,675 distant planets have been detected, and the list continues to grow. Astronomers now believe that at least 10% of all stars are orbited by potentially habitable Earth-size planets.

The size of the earth has also played an important role in favoring life, because it has permitted a gaseous atmosphere.  If the earth were smaller, it would not have a sufficient gravitational pull to hold an atmosphere, and it would be cold and lifeless.  If it were larger, it might hold such a dense atmosphere that all solar radiation would be absorbed before it reached the perpetually cold surface of the earth. To harbor life, it thus seems a planet would have to be what is referred to as a “Goldilocks” planet (like the fairy tale of Goldilocks and the three bears : “Not too hot, not too cold…”).

How many far planets are roughly the same size as earth, and the same distance from their sun?  All we have been able to do so far is guess.  If only 1 in 10,000 of these planets is the right size and at the right distance from its star to duplicate the conditions in which life originated on earth, the “life experiment” will have been repeated 1015 times (that is, a million billion times). We don’t KNOW, of course, if it has been repeated at all. 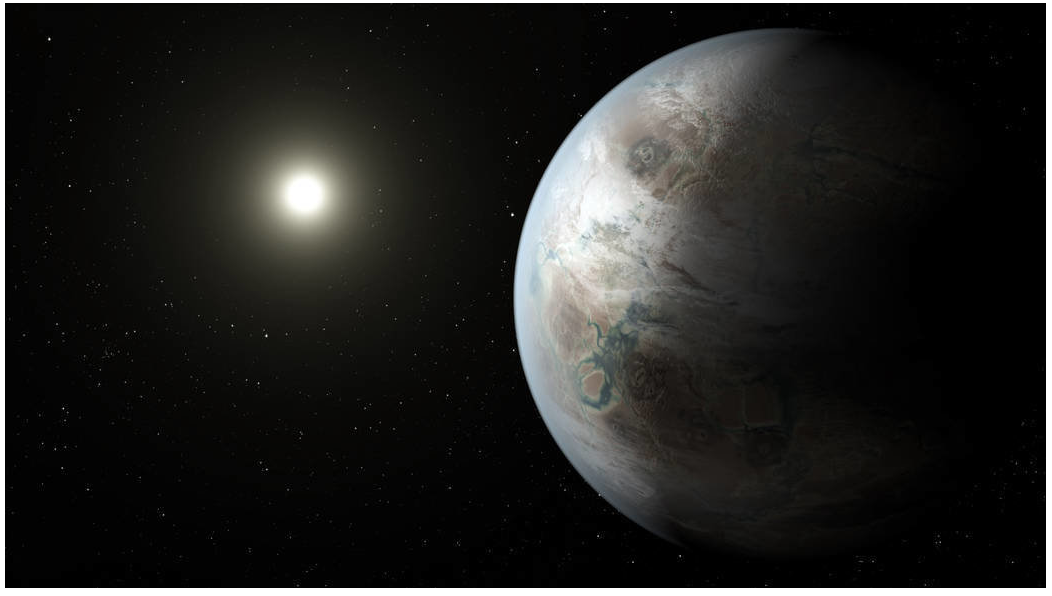 Until this month. On Thursday July 23, astronomers announced they have found a Goldilocks planet, orbiting a star 1,400 light-years from Earth. Labeled Kepler 452b, it circles a star very much like our sun, taking only 20 days longer to get around than Earth does. Temperatures on Kepler 452b would be similar to lukewarm water – not unlike the tropics on Earth. Its mass seems to be about five times that of Earth, meaning there is a good chance it is rocky like Earth, and not gaseous like Neptune. To be sure of this, astronomers will have to measure its mass more precisely, and that means observing the wobble of the star as it is tugged by the planet’s gravity – something we cannot yet measure at such a distance.

If so many planets in the universe may harbor life, how might we look for it? Radio and television signals can easily travel between the stars. Indeed, every radio and television program ever broadcast on earth will eventually reach the stars, although as a very weak signal. Elvis Presley’s appearance on the Ed Sullivan show in 1957 reached the nearest star Zeta Herculis after travelling 31 light years.  If they were to respond, we might expect to hear from them in four years. 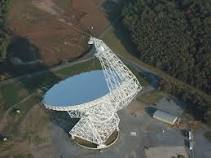 We will be listening. And THAT’S the huge new push for SETI announced this month! On July 20, Russian Internet billionaire Yuri Milner announced he would spend $100 million in the next decade to search for signals from alien civilizations. Because of the high cost of observation time on huge radio-telescopes, SETI has until now been forced to limit its search to a few radio frequencies deemed most likely for alien messages. With the funding provided by Milner, the search will be able to purchase ample time on some of the world’s biggest radio telescopes. Scanning the 1,000 closest stars with new multi-channel spectrum analysis techniques, SETI will be able to simultaneously monitor, for ten years, the millions of channels over the entire range of clear radio frequencies that reach the earth from space.

It does not seem likely to me that we are alone.  Our own galaxy, a small spiral galaxy called the Milky Way, contains many millions of stars.  Looking up on a clear night, I find it impossible not to ask myself, “On planets orbiting how many of these stars is someone studying the stars and speculating on my existence?”

Of course, with 1015 worlds on which life might have emerged, it seems to me we should have heard from someone by now… In a wonderful Calvin & Hobbs cartoon, Calvin says “I was reading about how countless species are being pushed toward extinction by man’s destruction of forests.” He goes on in the next frame to say “Sometimes I think the surest sign that intelligent life exists elsewhere in the universe is that none of it has tried to contact us.” As our rapidly-warming world listens to the stars, I can only hope that Calvin is being too cynical, that we will wise up and stop destroying our planet, so we will have something worthwhile to say to whoever out there might be trying to communicate with us.