The fresh-faced girl with heavy bangs in the photo in the upper left was seven years old when the photograph was taken. In the yearbook picture to its right, taken ten years later, we see a serious high school student with considerably shorter hair, one who probably had no suspicion that in 16 brief years she would be the famous movie actress in the lower left, starring in The Philadelphia Story in 1940. Many years and many movies later, Katherine Hepburn was still a star, leading the cast of On Golden Pond in 1981 at age 74.

These four photographs encompass a life. As in every human life, the passage of time alters the face we see. Katherine Hepburn’s face, and the body bearing it, changed as the years passed. We call this process aging.

Aging is the one aspect of life that none of us avoid, but most of us hate being reminded of. A wide variety of theories have been advanced to explain why humans and other animals age. Most of them focus in one way or another on the general idea that cells, the basic building blocks of our bodies, simply wear out over time. Cells accumulate damage until they are no longer able to function. Loosely dubbed the “wear-and-tear” hypothesis, this idea on aging implies that there is no inherent designed-in limit to a person’s agerather, wear and damage to individual cells over time erodes a body’s ability to function properly.

Considerable evidence indicates that aging cells do accumulate damage. Some of the most interesting evidence concerns free radicals, which are fragments of molecules or atoms that contain an unpaired electron, making them highly reactive and destructive. Free radicals cause proteins like collagen and elastin, key components of skin and joints, to cross-link to one another, producing many of the characteristics of aging you can see in Katherine Hepburn’s face.

But that can’t be all there is to it, or everybody would tend to age in the same way and have the same life-span. In fact, there is very little doubt that at least some aspects of aging are under the direct control of genes. The instructions for how we will age are written in our DNA. For example, in 1996 biologists identified a gene on human chromosome #8 responsible for Werner’s syndrome, which produces premature aging in the young and affects some 10 people per million worldwide. The gene codes for a 1432-amino-acid protein needed to unwind damaged DNA before it can be repaired. This implies that accumulating damage to DNA leads to more rapid aging, a finding very much in line with the “wear-and-tear” hypothesis of aging.

If aging can be accelerated, might it be possible to slow it down instead? If so, it just might be possible for you to live longer. Quite a bit longer. Hopeful news comes from the laboratory of a researcher named Stephen Helfand working at the University of Connecticut Health Center at Farmington, Connecticut. Like many biologists interested in aging, Helfand studies the aging process in fruit flies, which have an easy-to-study life span of only 37 days. Up till now, the only ways scientists have found to extend the lives of fruit flies involve costs few humans would contemplate: either flies had to be starved, or prevented from having offspring.

An unusual fruitfly mutation discovered by renowned geneticist Seymour Benzer at Cal Tech in 1998 had offered a ray of hope. Dubbed methuselah, this mutation allowed healthy flies to live up to 50 days, extending the fruitfly life span 35%. Unfortunately, nobody has been able to figure out what the mutated methuselah gene does to prevent aging. Its everyday function remains a complete mystery. 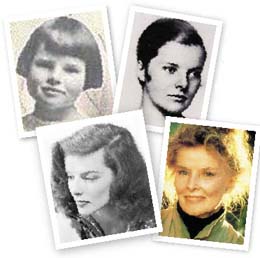 Enter Stephen Helfand. His lab was working on a different problem, and stumbled across a similar anti-aging mutation by accident. Some of the fruit flies Hefland was attempting to study did not die when the other flies did, instead living on and on. Looking more carefully at these flies, Helfand’s team found they had an altered gene that caused them to live an average of 70 days versus the usual 37doubling the life span!

The Helfand research team named this mysterious anti-aging gene Indy (I’m Not Dead Yet), based on a quip in the movie Monty Python and the Holy Grail. The Indy mutation extends life without exacting any apparent cost. The Indy flies eat as much, fly energetically, and interact with other flies vigorously, maintaining youthful vigor long after normal flies have aged and died. Not unlike Katherine Hepburn.

While the methuselah  gene remains a mystery, scientists have learned a great deal about how Indy prevents aging. It turns out that the change in DNA carried by Indy flies alters the cells of the flies, changing how some of the interior parts work. Your body is composed of some 100 trillion cells, and each of them has a complex internal architecture. An internal framework of protein filaments gives the cell its shape and anchors in position the sausage-shaped organelles called mitochondria  that carry out the essential job of  extracting energy from food molecules.  It turns out that the structure of the mitochondria in Indy flies plays a key role in slowing their aging process.

The research team isolated the DNA of the Indy gene, and compared its DNA sequence with the human gene: the Indy gene is 50% similar to a human gene that specializes in making membrane proteins that act like tiny food pumps. The pumps are embedded within the membranes of the cell’s mitochondria, and in normal cells they act to move the preliminary products of food metabolism out of the mitochondria into the surrounding cytoplasm, where the rest of the food’s processing takes place.

In mutant Indy flies, the pump protein is defective. Poor pumping means that less metabolic energy can be gleaned from the fly’s food. In essence, the Indy mutation is the genetic equivalent of caloric restriction, which is known to prolong the life span in a variety of species, including mice, flies, fish, and worms. The Indy mutation in effect puts flies on a severe diet, while the flies eat normally and lead a normal vigorous lifefor far longer.

Is there a human gene that acts like Indy? No one knows, but there are strong indications that genes affect our own life spans. Siblings of those over 100 years of age are four times as likely to live into their 90s as siblings of adults with average life spans. Imagine a drug designed to inhibit a human Indy gene. What would the world be like if people regularly lived 50% longer, to 120?  As I got up this morning, my 66-year-old lower back hurt, and I could not help but mutter to myself that it might be nice to have a little of that Indy.